The quarantine affected our daily routine, but life didn’t stop. During the first lockdown Kaunas, the European Capital of Culture 2022, introduced the project “Culture to the Courtyards”. This initiative brought culture to the citizens’ courtyards without prejudicing the quarantine restrictions of that time.

Project “Culture to the Courtyards” was an initiative of public institution “Kaunas 2022”. The institution was established to implement the cultural program “Kaunas – European Capital of Culture 2022”. In 2015 it began the journey to becoming a European Capital of Culture with the slogan “from temporary to contemporary”. As it is stated in the official website “The organization aims at the union of cultural organizations and creators in the Kaunas region, Lithuania and Europe for a common goal: a process that reveals the diversity of European cultures and our local identity in it, which would involve local people and partners from various sectors”. Over the last years “Kaunas 2022” successfully implemented the greater part of the cultural programme and 2022 will be like “the cherry on the top of the cake” – a one-year long celebration for Kaunas and the Kaunas District.


By watching performances only on computer or TV screens, we lose the thrill of waiting, sharing emotions with someone nearby, and having a direct connection with the performers. Therefore, “Kaunas – European Capital of Culture 2022”, together with the community program “Fluxus Labas” and the project’s main sponsor “Švyturys Non-alcoholic” initiated a new quarantine project “Culture to the Courtyards” to bring these feelings and experiences back and bring culture directly to city resident’s yards surrounded by apartment blocks. The aim of the project was to foster the dissemination of culture in Kaunas district under the quarantine conditions. Those who did not have the opportunity to watch the performances were urged not to leave their homes, but to watch live broadcasts through the Lithuanian National Radio and Television media library or “Kaunas 2022” Facebook account. During the project, over 10 professional performances of various art forms were organized in different courtyards of Kaunas district apartment buildings. The program of events, considering the diversity of the population, covered different genres and types of art – from classical music to contemporary dance. Residents of the apartment buildings could watch theater, dance, contemporary circus, and musical performances in an unusual space from their balconies or through the windows. The short (up to 20 minutes) performances took place for eleven weeks in different courtyards of Kaunas city elderships. The project “Culture to the Courtyards” visited eleven Kaunas city elderships, 3 days in each of them.

The project reached a wide audience and was friendly to everyone. The performances through the windows could be watched by all residents of Kaunas because not only were they free, but they could be watched right through the windows of people’s homes (people with windows on the opposite side had the possibility to watch the performances online). This is especially important for those who may not have the opportunity to attend such performances, not necessarily for the financial reasons but also due to the movement disorders or other reasons. Most of the action was broadcast live and created a huge interest on social media networks. In total, the project reached more than 350 000 people, which is more than the population of Kaunas. This project not only inspired the residents of Kaunas city and district but was also appreciated abroad. The project “Culture to the Courtyards” has been selected among 10 best projects coping with pandemic in Europe in 2020. In 2021, the project was selected among the 10 most unique music projects in the „Classical: NEXT 2021 Innovation Award“.

During this project professional culture was presented in the open spaces. Residents of Kaunas could spend their time meaningfully and experience positive emotions in the difficult period. The project “Culture to the courtyards” along with the performers and professionals in various fields with the performances in the yards gave a thrill of waiting and created a connection between the performer and the audience during the pandemic. 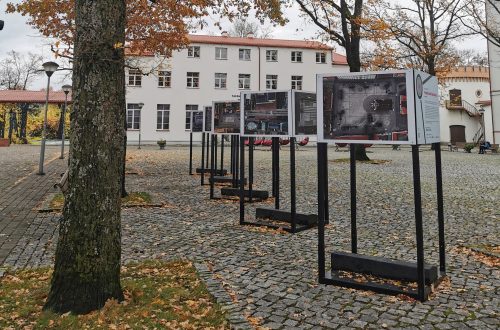 Photography exhibition inspired by the COVID-19 hotline in Lithuania No. 1808 (Vilnius, Lithuania) 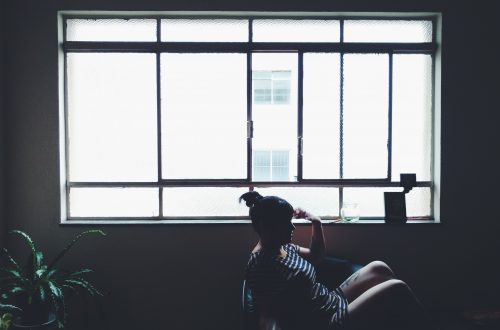 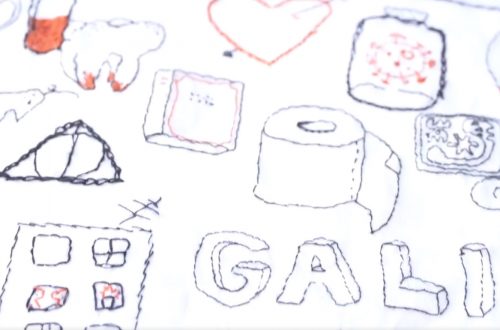