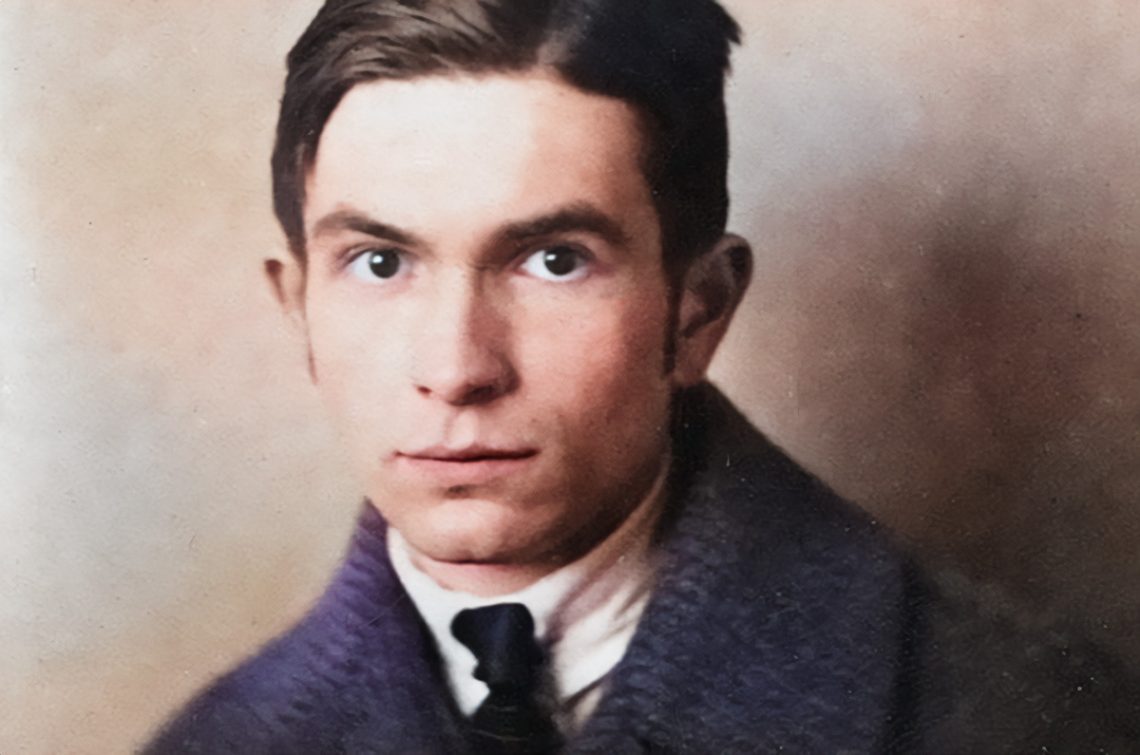 In reaction to the first measures against the spread of the coronavirus in Belgium, the Flemish-Dutch house for culture and debate deBuren set up an online platform, where reactions of artists to Paul van Ostaijen’s poetry collection Bezette Stad (‘Occupied City’) and the situation around the corona crisis were combined and posted. The digital city was aptly named Besmette Stad (‘Infected City’) and grew into a project that is still being developed, making it difficult, but exciting, to predict its impact on its employees, artists, audiences, and the future.

The Flemish-Dutch house for culture and debate deBuren is an organisation established in 2004 by the Dutch and Flemish governments, to celebrate and promote the shared language and culture of the Low Countries. It endorses a great number of projects concentrated on (but not limited to) imparting the public with knowledge on, and love for, Dutch literature and the Low Countries’ culture. They also foster a number of talent development projects, aimed mostly at young writers and photographers, and facilitate public participation by organizing writing contests and debates. Their online presence predates the corona crisis: a vast collection of podcasts, articles, and more has been a big part of their collection for years.

deBuren operates from the Belgian capital, Brussels, but its physical presence crosses that boundary often: from their ‘writing residence’ in Paris to lectures, debates, and poetry readings all over Belgium and the Netherlands. These events are often recorded and published online after the fact. Together with a great number of podcasts, lectures and articles, this amounts to a huge collection of Low Countries culture, accessible to everyone who wants to read, listen or practice.

The organisation is structurally funded by the Dutch- and Flemish governments, but it has also acquired additional funds to enable specific projects, whether temporarily or more permanent. The organization consists of about 17 staff members but employs a lot of incidental staff for the execution of their projects, ranging from artists to audio engineers. The same applies to its partners: a lot of the projects deBuren undertakes take place in cooperation with other interested organisations. This way the organisation develops and maintains a dense network of relationships within the cultural world.

‘Contaminated City’ (‘Besmette Stad’) is a multi-medial online project started by the Flemish-Dutch organisation deBuren, which aims to respond to the corona crisis and its ramifications for human lives. Inspiration for this project was drawn from the Dadaist classic ‘Occupied City’ (Bezette Stad) by Paul van Ostaijen, a collection of poems distinguished by its rhythmical typography, coincidentally created a hundred years ago in 1920.

This project was initially conceived by deBuren’s Director Willem Bongers-Dek and writer Matthijs de Ridder. On March the 13th – the day Belgium went into lockdown – Bongers-Dek texted de Ridder, who had been working on Paul van Ostaijen’s biography, about creating a podcast called Besmette Stad. This wordplay on the original title of the collection Bezette Stad by Ostaijen was enough to make De Ridder support the project. Soon evolving from a podcast to a digital city, more than sixty artists were asked to react to a portion of the collection in their own way, which ended up being a group of about 150. The result is a website that both celebrates Paul van Ostaijen’s masterpiece while capturing the spirit of a society in lockdown.

The project wasn’t – and isn’t – limited to its static online presence: in the beginning stages 29 online reading sessions were arranged, in order to further the immersion for artists and the public, These ‘book clubs’, in addition, were edited and published in videos that still can be viewed today in order to construe the creation process. The project generated a lot of interest with similar institutions and gives way to inter-organisational collaboration, both online and in real life. deBuren reported additional collaboration with institutions such as ‘De Brakke Grond’ (a Flemish house of culture in Amsterdam) and the Eye film museum and organised an online lecture in Pakhuis de Zwijger (also based in Amsterdam). Most importantly, they soon went hand in hand with the Paul van Ostaijen Society, and with this collaboration gained even more traction in their project. In fact, the project was such a success that a mobile educational installation will be travelling through Belgium, the Netherlands, and even Germany this year. As of the writing of this text, two books have seen the light of day, with another one on the way.

The immense size this project grew into caused it to have an impact on innumerable people. With the enormous amount of reactions from artists, institutions and the public, the text from Bongers-Dek to de Ridder turned out to trigger a project we haven’t seen the end of yet, and provides us with a contemporary view on real-time human reactions to the corona crisis.

Because of the size this initiative has grown into, the impact that it has had (and still has) is difficult to describe. To begin, it has breathed life back into the work of poet Paul van Ostaijen and has made it more accessible and relatable to people who would have never come into contact with it otherwise. That in itself is a feat, but that is not all.

Impact on the artists

The project has given artists the chance to express themselves in the context of Paul van Ostaijen’s collection, and to provide a channel for their feelings about the crisis they faced themselves seen through the lens of a different crisis a century ago. It not only gave them purpose in an uncertain time, but also provided a meal on the table – with financial security one of the concerns of a lot of self-employed people. The results are as human as all of our experiences, and in turn, provide the public with a birds-eye view of a society in lockdown to which we can all relate.

Impact on the public

Many products have come out of this initiative. One of them is a walk through Antwerpen, along the sites Paul van Ostaijen wrote about, first used to further inspire the artists that worked on their version of some of van Ostaijen’s work, but later accessible to everyone. deBuren reported how teachers of all types of schools made grateful use of this for their lessons and commented on their relief about the wider availability of material the project created.

Another event was a live stream called 24 hours of Paul van Ostaijen, held platforms such as Facebook, YouTube, and Vimeo, to kickstart the Paul van Ostaijen commemoration year. The event started on the 21st of February, 2021, the day before the 125th birthday of the poet. During the stream, Matthijs de Ridder and Willem Bongers-Dek interviewed more than thirty people about the poet and ended the stream with a performance of contemporary interpretations on Occupied City by seventeen artists. The live stream was viewed across platforms by some 21,500 people, and the finale acquired almost 4,000 views on November 21th, 2021.

Impact on the organisation

The initial text exchange between Bongers-Dek and de Ridder has turned out to be the start of one of the most successful projects deBuren has ever supported. The project, already immense, is bound to grow greater still: there are plans for multiple exhibitions in Germany, accompanied by the translation of the collection of reactions the artists made in the beginning. The website is going to be made more usable and converted to a more sustainable web page in order to conserve it for the future. We don’t know how much further this project will go, but it is certain we haven’t seen the end of Besmette Stad yet.

The original idea for Besmette Stad, whether it was a podcast, or later a collection of reactions from artists to the coronavirus based on van Ostaijen’s classic volume, has grown out of its proportions. It is amazing that a simple play on words caused such a movement towards the recognition of a hundred-year-old collection and a contemporary piece of art in which so many artists contributed to a (hopefully) lasting documentation of the human experience during the corona crisis.