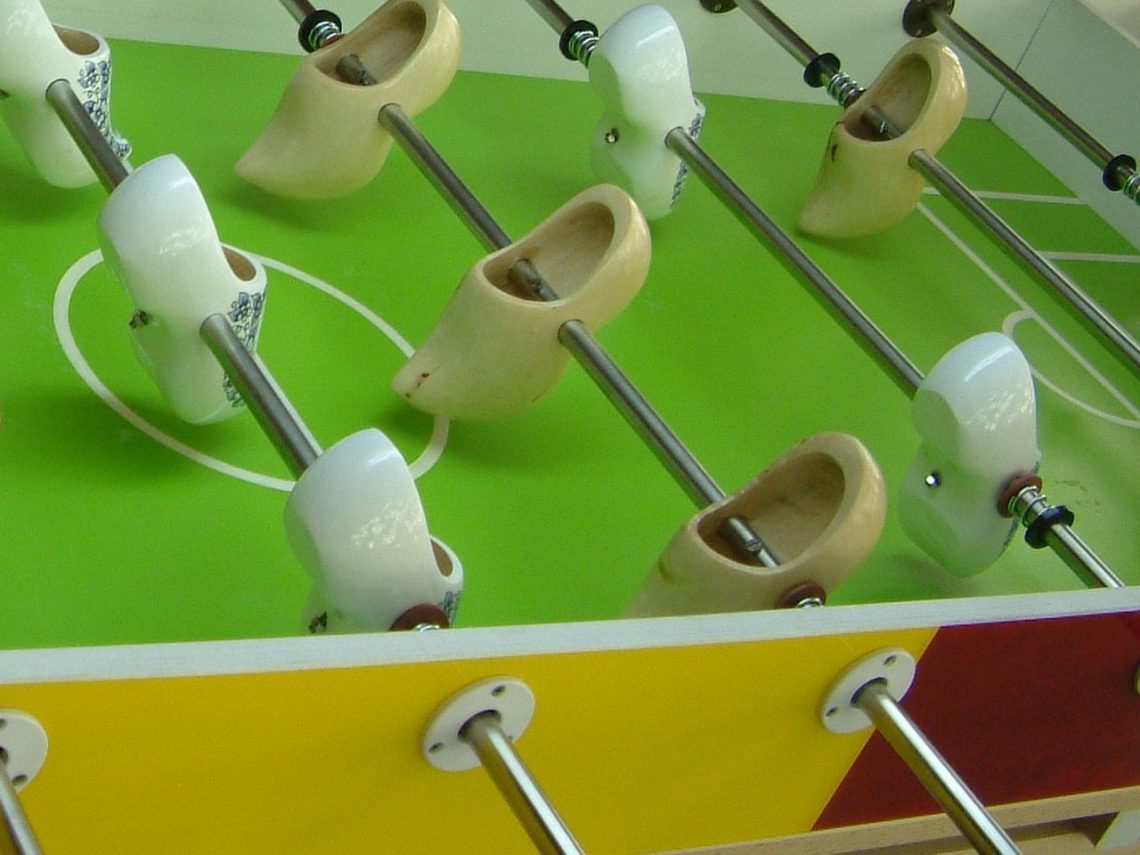 To help fight loneliness and negative consequences on mental health, Van Abbemuseum worked together with Vitalis (an organisation that provides housing and care for elderly people) and De Nieuwe Oost – Wintertuin (a literary production agency) to create a cultural ‘To Do-Book’. Van Abbemuseum provided images of artworks and corresponding assignments, as well as the opportunity to connect with staff and volunteers from the museum to talk about art via phone and/or letters. Even though the successes of these contributions varied widely, the museum looks back at the project fondly.

The Van Abbemuseum is a municipal art museum based on the collection of the successful cigar manufacturer Henri van Abbe. The museum opened in its present building in 1936 in Eindhoven, the Netherlands. The museum permanently exhibits a collection of modern and contemporary art and design and organizes temporary collections around artistic, art historical, and social themes such as (gender) identity, nationality, citizenship, colonial past, and the multicultural society.

In its exhibitions and research activities, the museum notably discusses the process of collecting itself, as well as the status of collection documentation; archiving in the museum context, and the connection between the museum (building) and the city of Eindhoven. Next to exhibitions, the museum organizes a variety of educational programs (audience mediation as they prefer to call it), guided tours, adapted programming for people with disabilities, and a range of activities outside of the museum. In a research program, the museum explores its thematic interests in more detail, also connecting to higher education in the Netherlands. The museum resources consist of a library, a series of articles, and inventories of the museum administration (archives).

The museum seeks to strengthen the communal imagination of society and promote the exchange between art and society. Furthermore, it aims to develop and discuss new perspectives on shared history, as well as the identity and functioning of the (own) art institute. It collaborates with artists, theorists, heritage institutions, educational organizations and public health care alliances within and outside of Eindhoven. Internationally, the museum is part of the L’Internationale consortium, consisting of six European museums of modern and contemporary art who strive for solidarity and commonality, ‘challenging traditional notions of exclusiveness, closure and property in relation to the functioning of art museums.

In order to provide this group with meaning in the difficult and lonely times of the lockdown, Vitalis WoonZorg Groep, an organisation that offers housing and services for the elderly, teamed up with theatre/literature (production) company De Nieuwe Oost | Wintertuin, graphic design studio Volle-Kracht and the Van Abbemuseum, and created a concept for a series of booklets with interactive and art-related assignments for the isolated target group. Subsequently, different organizations in the cultural sector were asked to develop content for the publications, and later on in the project other Dutch (art) museums got involved. Literary assignments were created by established and promising writers in the network of De Nieuwe Oost | Wintertuin.

Content was to be key in these publications; the target group was taken very seriously. The reader is asked to create, write or think about a variety of issues, practicing, for example, collecting objects, reminiscing the touch of textures, creating a nature collage, writing a letter to the coronavirus, reflecting on quotes by Nelson Mandela or performing physical exercises of self-care and consolation. The assignments were made to surprise and inspire, to spark insight, and evoke expression. As a token of care and empathy, it was also a way of staying connected in times of loneliness and boredom. The Van Abbemuseum provided for many of the artistic assignments and set up an additional project: Van Abbe verbindt door (Van Abbe connects). In this undertaking, they assigned some 30 museum staff to be ‘Art connectors’ (Kunstverbinders) by phone or correspondence. They figured every staff member could manage contact with five individuals, talking or writing about art to spark up memories, positive emotions and experiences.

Initially, participants received the booklet periodically and were offered to residential care institutions. The first booklet was distributed to 1.000 people living in the Vitalis accommodations. Later, it also became possible to sign up for an individual subscription for receiving the booklets four times a year. The costs differ, depending on the size of the order, between € 1,10 – € 4,90 per booklet.

From the start of the lockdown, the participating institutions were immediately aware of the immense isolation elderly people in care homes were facing. Due to their age and health they were considered as vulnerable and strict regulations had to prevent Corona from getting in. These regulations took away many, if not all, activities in their daily schedule and caused feelings of loneliness to rise exponentially, as well as decreasing mental health. Together with Vitalis and literary production company De Nieuwe Oost – Wintertuin, the Van Abbemuseum got to work on improving the conditions this audience faced.

At first, the booklets were shared with the residents from Vitalis, but as the project gained notoriety more care homes and individuals were sending requests for copies. When the end of the project came in sight, in August 2020, there were over 3000 people who received an individual copy by mail. During this increase more creators and institutions were asked or volunteered to contribute, and because of the enormous success the project had become it was continued. In total, they reached 3,800 people in 2021 and it is now available as a subscription. Maaike Mul, projectleader at Vitalis, reported in an interview on January 28th, 2022 that participants, through interacting with the booklet, were fondly reminded of past experiences with art and culture and that it made them look differently at their surroundings. One woman told Mul, after doing an assignment called ‘Marker Poems’ (Stiftgedichten), she couldn’t look at newspapers in the same way as before.

The Van Abbemuseum didn’t hesitate to get involved with the project intimately. One of their ideas turned into the addition ‘Van Abbe Verbindt Door’ (Van Abbe Connects), a service for seniors in care homes to get connected to an Art-connector (originally ‘Kunstverbinder’): either a staff member or a volunteer from the museum that would get in touch with individuals through both telephone calls and personal postcards. With this addition they aimed to not only improve the isolating circumstances for the individuals contacted, but also let the staff and volunteers convey their passion for art in a time very little was possible.

Sadly, in the period this addition was undertaken, circumstances didn’t really allow for it to bloom. The Van Abbemuseum saw that making a connection with limited resources was very hard, especially with this audience. They kept advertising the possibility up until the eighth issue to keep lines open, but stopped in October 2021. Despite this, they still consider it a good idea and have seen other institutions make similar projects happen in the last months of 2021, where circumstances were different and more allowing towards actual real-life contact. Van Abbe identified face-to-face interaction as a key factor towards the success of projects like this.

Even though not all aspects of Van Abbe’s involvement were a success, the museum looks back fondly on their participation. In an interview Marleen Hartjes (project leader and curator Multisensory Museum at Van Abbemuseum) said: ‘The fact that we, as a museum, can exist and add meaning outside of the museums walls, is why we do it.’

The Van Abbemuseum didn’t let the measures surrounding the Coronavirus stand in the way of continuing their mission to make art and culture accessible for everyone. With their contributions to the project “Vitamins for the Mind” they made a difference in the lives of more than 3000 seniors in isolation, giving them something creative to do in a period where they were essentially locked up in their homes. Even though not all initiatives in this project were a success, this wasn’t for their lack of knowledge on what their audience needed or lack of effort, but rather the then existing circumstances. 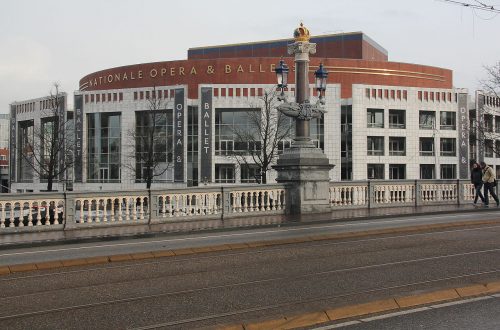 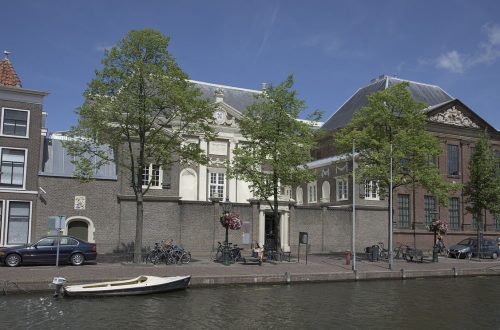