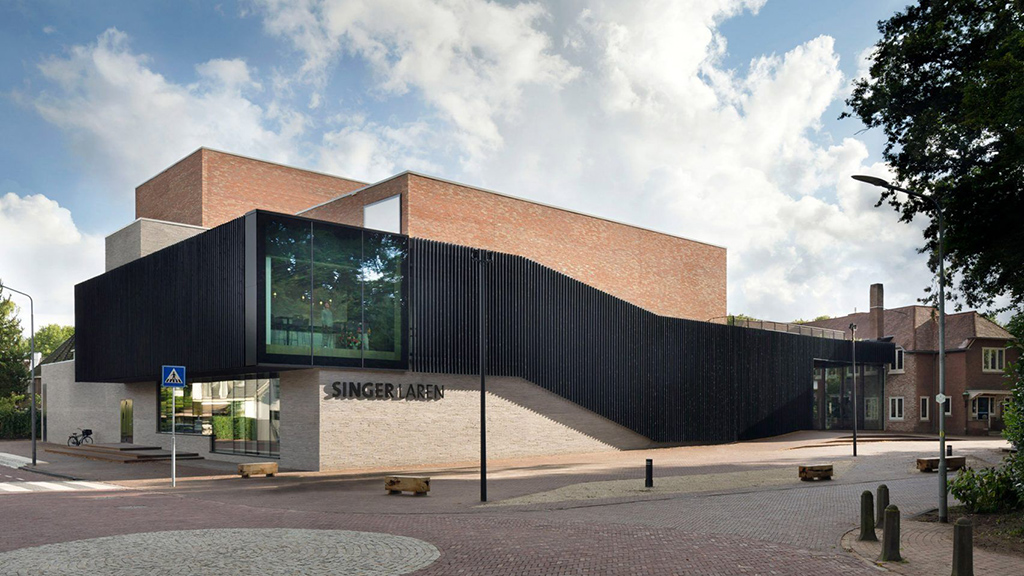 In reaction to the lockdown, museum and theatre Singer Laren started to produce their own videos on pieces from their museum collection, giving in depth information on the history and composition of the piece and linking it to contemporary circumstances. With this initiative, the museum has been able to remain in contact with their audience and possibly reaching a new one. This not only impacted the public, but also the staff members and volunteers by offering messages of support and keeping everyone in the loop.

Singer Laren is a museum and a theatre in one. It grew from the initiative of an American couple, Anna and William Singer, who built a villa in the village of Laren in 1911 where they met with artists and brought together an extensive art collection. Willam died in 1943 after which Anna kept living in the villa. In 1954 she founded the Singer Memorial Foundation, and in 1956 Anna Laren officially opened the museum, theatre and sculpture garden to the public. In 2017 a renovation of the site updated and expanded both the museum and the theatre, integrating these two separate functions better and allowing for a bigger audience.

Aside from the permanent collection that exists of paintings and drawings from artists of the 1880-1950 period, the museum hosts temporary exhibitions. In the theatre the works of singers, comedians and theatre companies are performed, while additionally offering lectures on a range of cultural topics. The organisation is being led by general director Evert van Os and museum director Jan Rudolph de Lorm, a union that strengthens the symbiosis of the theatre and museum. The organisation reported that they haven’t been able to keep all of their personnel as a result of the pandemic, going from 67 to 59 staff members as of 2020.

As per the agreement between the municipality of Laren and the organisational founder Anna Singer, the township has been a big partner of Singer Laren. Even though the partnership has been made a little more ‘loose’ in 2020, the township remains the only public organ that provides subsidies to the organisation. Other benefactors include Bankgiroloterij (a Dutch lottery), ABN AMRO (a Dutch bank), and BCD Holdings (a travel agency) among other companies and individual patrons. Before the lockdowns in 2019, Singer Laren earned the most revenue from the museum. Their catering comes in second, and after that, in order, their museum shop, events, and the theatre.

When it was announced that the museums had to close its doors as a result of government lockdown regulations, the director and head of publicity and communications of Singer Laren immediately felt they had to do something to continue the outreach to the public. While the staff could still venture in the museum, they started to pick out individual pieces of art, and making short videos about it, only using a smartphone to film it. This marked the beginning of a project that, as of the writing of this article (January 2022), still continues.

In every video of the Singer TV series, the museum’s director Jan Rudolph de Lorm highlights one specific piece of art from the museum collection, giving the viewer information about the background of the artist and piece of art while making a connection with the contemporary circumstances. The length of the videos are between 1 to 5 minutes and over fifty episodes are posted on YouTube. The amount of views per video ranges from approximately 600 to over 5000 (in January 2022) with some outliers surpassing 10,000 views.

As mentioned earlier, the project started rather spontaneous with little preparation and resources – the very first videos were filmed with a smartphone, making the images a bit shaky and the sound suboptimal. When the project progressed, Singer Laren slowly started to upgrade the equipment to improve on the quality of the video’s, using a microphone and a tripod. Even though the project has grown professionally, the amount of people responsible for the project has stayed the same: about three people from the museums staff take care of recording, editing and posting the videos. This made the cost of the project relatively low – they only had to spend some extra money on the new equipment.

Singer Laren considers this project a huge success. While created to counter the measures surrounding COVID-19, the project has transcended to a more permanent fixture in the museums marketing- and outreach program. During the interview on December 12th, 2021 with head of publicity and communication Esther Driessen it was announced Singer Laren hired a new staff member specifically for the production of the upcoming videos. Safe to say, there will be more videos for people to learn from, connect to and enjoy.

From the beginning of the project the public’s reactions were positive. Aside from the comments conveying dissatisfaction the quality of the videos such as the intelligibility of speech and shaky imaging, people expressed gratefulness towards Singer Laren for reaching out and connecting them with art during a period where it was difficult to do so. Based on the consistent amount of views and regulars in the comments we can conclude Singer Laren has been able to reach out to a considerable portion of their existing audience, and with some of their better known pieces where the views increased exponentially, possibly reached a new one.

“That was again a nice video and I now understand better what is meant by symbolists.” [Muziekgenot, January 2021, in reaction to ‘Singer TV: Moederdag 2020’, posted by Singer Laren on YouTube]

“Culture and then art. In that order. Jan Rudolph de Lorm always knows how to make that combination visible and transparent. Museum is not only education but also the sense of imagination combined with reality. Art also as a means of communication. Art lifts you above everyday reality. Artists showing their talents. Without words and very convincing! There is always a need for that.” [Tubeview..14, February 2021, in reaction to ‘Singer TV: Leo Gestel op Mallorca’, posted by Singer Laren on YouTube]

Even though Singer TV required only three staff members to work on it, other employees were also impacted by the project. Aside from the videos that were posted online for the public to enjoy, there were also videos made to be shared only internally. In these videos, staff members were updated on the comings and goings of the museum during the lockdown and were offered words of support and kindness.

To further reach out to their fellow townspeople, Singer Laren started a poster campaign with the slogan they had been using in their videos from the beginning: Take good care of each other. With this, the museum implemented their message of comfort to not only their known audience but also the people who haven’t been able or planning to visit the museum.

The Singer TV series of Singer Laren connected with a faithful group of online viewers. It proved to be a lean and elegant way of continuing museum communication during the pandemic. The choice for having the videos narrated by director Jan Rudolph de Lorm adds something to the art historical content of the videos: through his voice, it is the museum itself that addresses not only the artworks, but also the experience of the pandemic, giving its online audiences hope and wishing them health and safely.

During the interview Singer Laren expressed their joy in making the videos and seeing the public react so positively to the outreach. The interaction that was brought about was described as authentic and heartfelt. Esther Driessen concluded that, weren’t it for the circumstances, this project couldn’t have been done in the same way with the same success; the honesty and simplicity resonated in a time of abnormality. 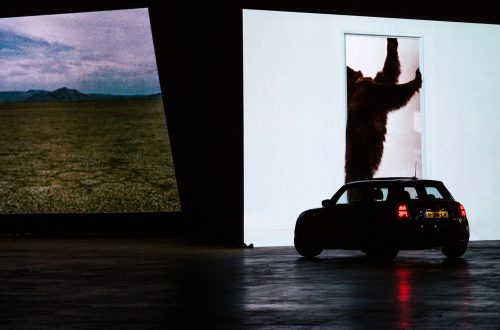 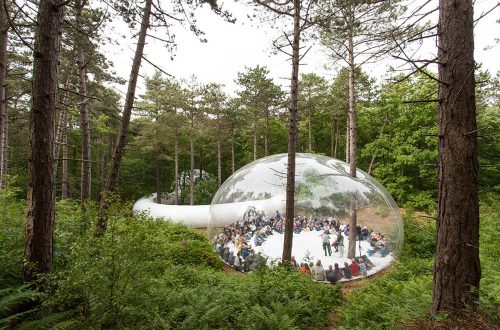 Oerol takes the island Terschelling to its imagination (West-Terschelling, Netherlands) 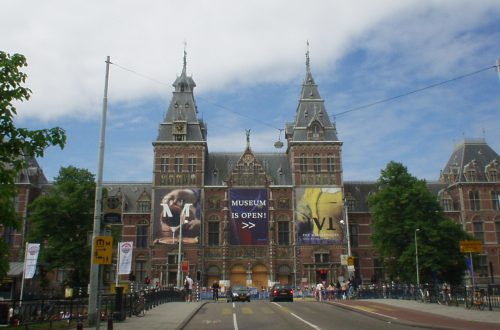