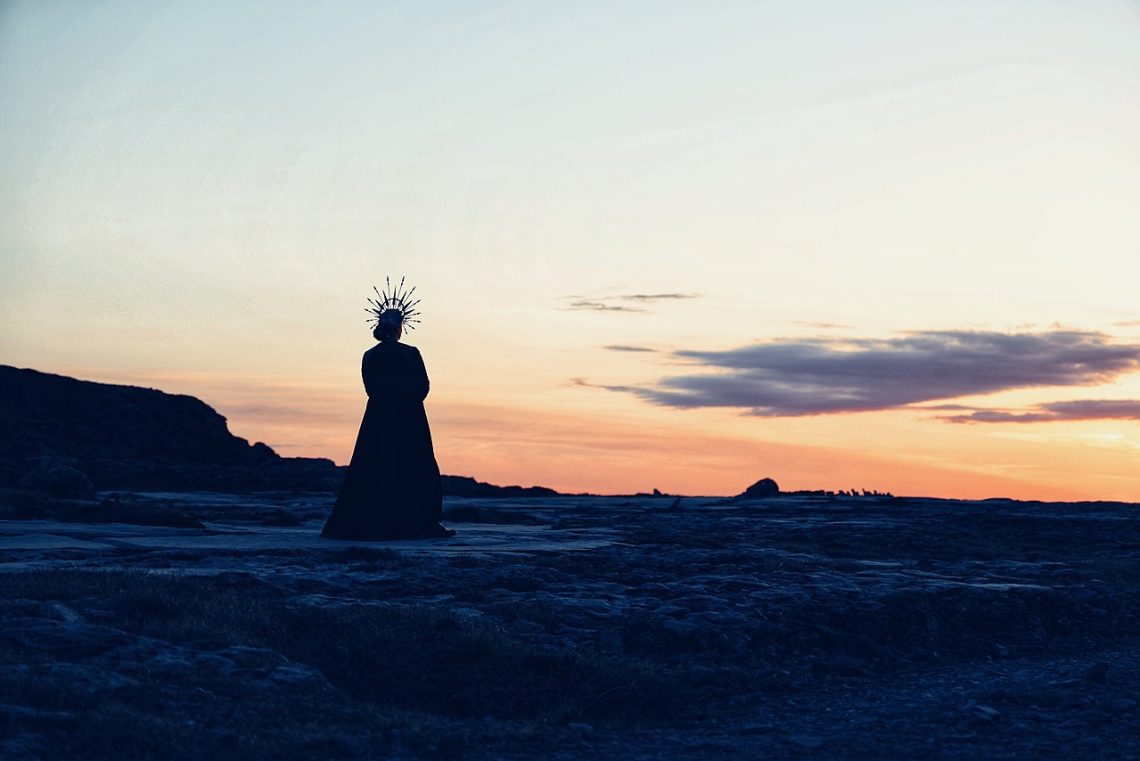 The Gilgamesh project consisted of a creative program with a series of public performances during the celebration of Galway 2020, but due to COVID-19 this program had to be adapted. A new plan was devised and Macnas made a short film about Gilgamesh. The film premiered at several theatres. This new medium gave Macnas the opportunity to redevelop their art form and set up a new infrastructure that will remain after the project. Besides that, Macnas’s work is now accessible for a whole new audience. In conclusion, this project by Macnas can be seen as an example of adaptability and inventiveness for other theatre makers and the next generation of theatre practitioners  (Galway 2020 sd).

Macnas was founded in Galway in 1986 (Macnas sd). The organization started out as a community-based performance company, but now has a more international profile. In the eighties, many artists from Dublin moved to Galway due to the redevelopment of the Temple Bar district. This contributed to the growth of Macnas and the cultural scene of Galway as a whole. Nowadays, Galway is considered the centre of arts and culture in Ireland and Macnas, together with theatre company Druid, is one of the flagship organizations in the city. Images of the Galway Parade, the event that Macnas is largely known for, are being used by the Irish Tourism Board to represent Ireland abroad. Besides the Galway Parade, Macnas is also internationally known for their theatrical spectacles. The main goal for Macnas is to entertain people, to invite people to be engineers of their imagination and  to engage . They do not target a specific audience but consider everybody in Galway and beyond as their target audience, regardless of their social and economic demographics. However, most of the people who come and watch their spectacle live in or around Galway. The company has a big reach in all of Ireland but also overseas, especially doing well in Morocco and the United States. Macnas‘s mission is to deliver the highest quality of work in large-scale theatre spectacle and interactive outdoor and indoor performances. For Galway Capital of Culture 2020 they filmed the mythical story of Gilgamesh. This builds on the typical Irish tradition of telling stories and myths. In this manner they incorporated the cultural heritage of Ireland (O’Reilly en McCormac 2021).

Before COVID-19, Macnas spent years on the preparations of the events for Galway Capital of Culture 2020 surrounding the story of Gilgamesh. The story of Gilgamesh, an ancient story that dates back more than 3000 years, is about a young king who covets power over the city of Uruk and who wants to become a God. The original plan of Macnas couldn’t go through because of the restrictions regarding the COVID-19 pandemic and they had to reimagine the whole project. Macnas decided to create a film, because this was one of the few industries that worked all the way through the pandemic. Macnas asked Irish playwright Marina Carr to write a new script for the story of Gilgamesh and let co-designers Julian Crouch and Orla Clogher do the visual aesthetics. For the film, Macnas took the story of Gilgamesh and embedded that very universal, mythological, kind of older character story into the landscape of Galway City and County, which also adds aesthetic significance. The story retelling shows Galway City as Uruk, the way the story lands on this place makes it very interesting. Besides playing with the universality of the story, it also relies on the Irish tradition of telling stories and (ancient) myths which is used all the time. “The language of the text is a mixture of the mythical alongside colloquial Irish-ism.” This should make this ancient story tangible for the audience. Besides that, the film explores everyday themes such as love, relationships, power and death. Ultimately, the film premiered in several theatres and was also shown online for a few days. To introduce the audience to the story, Macnas decided to create three short fragments of film that people can see on their website, their YouTube channel and their Instagram page. Lastly, there were several mural paintings to be found in the city of Galway. In this way Macnas wanted to bring more attention to the film at different times and places. (O’Reilly en McCormac 2021).

Altogether, 128 artists, dozens of people from Macnas‘s volunteer program (national and international) and community groups such as their drumming ensemble worked on the production of the film. If it wasn’t for COVID, this number would have been three or four times as large. Besides this, Macnas also worked together with the Wavemakers from the Galway 2020 Team. All in all, you could say that the production of the film was quite a large-scale project (Galway 2020 Commission 2020).

For a  company who works with large audiences and a cast of more than 300 people and that tribes on taking over landscapes and public spaces, it was nothing short to surreal to go from that to nothing during the COVID-19 pandemic. After being disappointed about how the original plan of the Gilgamesh project could not go through, they started a creative process and looked for ways to continue the project. A complete reimagining of Gilgamesh was necessary, but it was important to do it in a way that allowed Macnas and the story to still be connected to the audience.

The impact that the film was supposed to make on the target group was mostly to entertain them, but the film is also giving the people a reaction, whether it is positive or negative. Everyone is invited to engage and get curious in different ways. Also, behind the visuals and work of the film there is the energetics, the story and the connection that people feel to it. Different important topics are coming along during the film, like climate change for example. Macnas tried to get a sensibility through the medium of film, which is very different from what they did before when they were giving shows (O’Brien 2021).

Because of the adjustments they had to make to the project because of COVID-19, Macnas got access to a new medium and another way of looking at spectacle and how it can be shown, and it opened very interesting artistic conversations. By developing a new infrastructure for this medium they have permanently redeveloped their art form. Because the film was also shown online, they also got access to a new audience. Finally, another part of the project was about ensuring and training the next generation of spectacle artists (O’Reilly en McCormac 2021).

All in all, Macnas has successfully managed to turn the preparations for a series of small and large-scale spectacle events into several mural paintings and the production of a short film that has been largely positively received by the audience. This new medium gave Macnas the opportunity to redevelop their art form and set up a new infrastructure that will remain after the project. Besides that, Macnas’s work is now accessible to a whole new audience. In conclusion, this project by Macnas can be seen as an example of adaptability and inventiveness for other theatre-makers and the next generation of theatre practitioners.