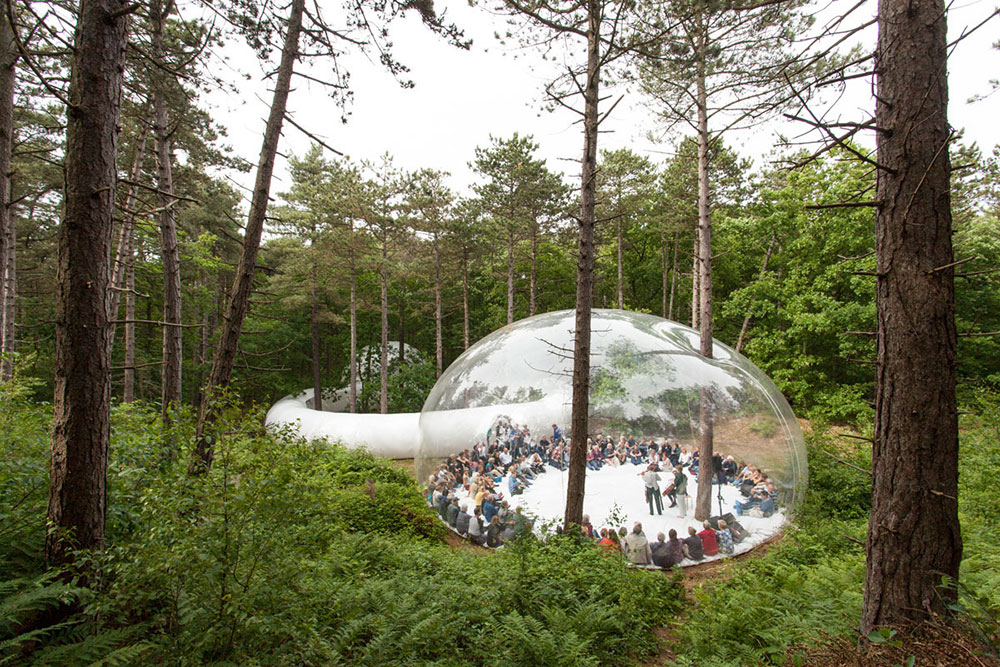 Living in a world during a pandemic leaves people with all kinds of challenges. This also applies for the Oerol Festival, a yearly cultural festival that takes place on Terschelling. The Oerol festival is a true location based performance, in which location theatre, nature and landscape are inseparable from Oerol. During the pandemic they turned tables. Instead of being on Terschelling, they created an online edition, called ‘’The Imaginary Island’’. They succeeded in giving people the island feeling at home and even reached lots a new and larger audience (Oerol n.d.).

Every year, for ten days long, during the Oerol festival, the whole island of Terschelling is transformed into a unique stage for national and international theatre, dance, storytelling, expeditions, visual arts and music. Visitors can tour across the island to attend outdoor performances in various places, such as in the dunes, at the beach and near the harbour.

The first festival took place in 1981 and was founded by Joop Mulder. About 2000 visitors were present at this first edition. Today, this popular festival attracted about 50,000 visitors. The festival is organized by a small team of ten employees with an office located on Terschelling. This team is supported by about 1000 volunteers. The Oerol festival works together with other (international) festivals, art and social institutions, the local environment and islanders. This provides a unique opportunity to do research and develop their work.

Oerol’s mission is to work constructively towards a liveable world. Hereby, the public, nature and science are the pillars. Oerol stands for social involvement and fulfils its role as an actor of change. They stand for nature conservation, awareness, diversity, inclusiveness and social developments. Therefore, these are themes that will be discussed during the festival. Their vision is to offer the public new perspectives for the future and to build a viable future together.

The festival is suitable for all age groups, as there are even performances for children.

Oerol strives to make every visitor feel at home and they are against all forms of exclusion and discrimination. It is important to pay attention to one another, so that everyone feels involved and important (Oerol sd).

The ‘Imaginary Island’ was organized from the fifteenth to the nineteenth of June, people could follow a varied live online program. The core of the Oerol Festival is to challenge artists to experiment. Therefore, more than twenty items of artists could be viewed daily on this digital platform (Terschelling-info sd). These days, the festivals is different and contains themes such as Future Builders, Can expanders and No man is an island. This includes live parts, but there are also parts visitors could view at any time of the day. 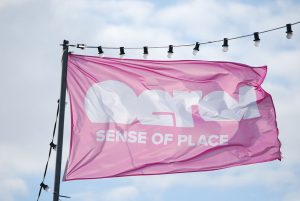 The Oerol  Festival stands for the fact that everyone is welcome and believes it is important that the Imaginary Island is accessible to everyone. For example, the pre-recorded videos are subtitled and some live events are assisted by a sign language interpreter (Oerol 2020).

Also, the island feeling is something that is central during the Oerol Festival, because they use Terschelling as a decor. Since the edition of the Imaginary Island was completely virtual, it became more difficult to pass on this island feeling. Nevertheless, Oerol has found five ways to encourage this island feeling through the visitors. For example, the taste of the island can be sent home in a special Oerol Box; a box full of typical Terschelling delicacies. In addition, the visitor can test six prototypes of innovative solutions for social challenges from home with the INNOFEST Test Box. They also created a Spotify music list of Oerol musicians, a cuddling package and people could follow the adventure through Oerol TV on YouTube (Oerol 2020).

Oerol’s online program is accessible to everyone. However, culture is not free, so visitors can determine a donation themselves, so the Oerol Festival still earns something from it. Many of the components of the program are for unlimited capacity. However, some components are limited. These will be accessible through a drawing of lots, a contest or who first come, first served (Oerol 2020).

For a company that works with large audience and tribes on taking over the landscape of Terschelling, it was a challenge to succeed at this through an online platform.

Siart Smit, the general director of Oerol, says that it feels as if they have discovered a new medium this year, namely the digital festival site. It offers a whole new opportunity to work with the creators in a different way and to be accessible. He also says that they will certainly use new forms from this in the future. They do not know how they want to do this yet, but it will certainly be implemented. Online is not the new Oerol festival. The organization would still like for people to be together and meet each other, but it does offer other possibilities.

Another advantage of the online edition is that the festival was broad and accessible. People who normally could not visit Terschelling could now experience the festival (entertainmentbusiness 2020).

This way, they also reached many new people. During the five days, the festival attracted 90,000 visitors, which exceeded the organization’s expectations. The audience of the Oerol festival is very loyal, but the festival has also managed to attract a new audience. Of the 90,000 visitors, 50,000 were new (OmropFryslân 2020).
Partly thanks to sponsors and subsidy providers, the organization has succeeded in making the Imaginary Island possible. In addition, it has also received great support from the Friends of Oerol, donors and the buyers, who have bought fan bands (Oerol 2020).

All in all, the online edition of the Oerol Imaginary Island was a success. They were incredibly optimistic during the pandemic, which turned out in designing the ‘’Imaginary Island’’.

While they held onto their core values, they also attracted a whole new audience. As a result, the organization of the Oerol Festival will take this new form in consideration when organizing new editions of the Oerol festival during the ordinary years. 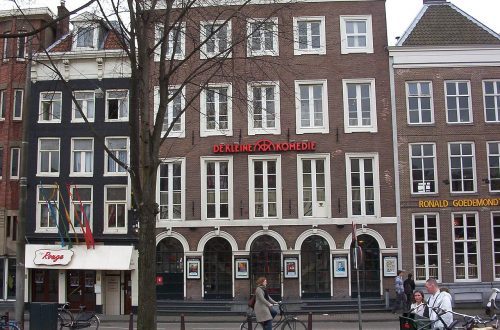 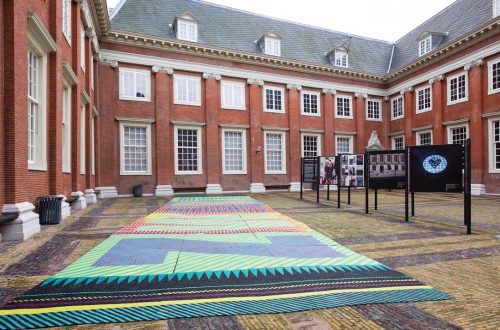 Corona in the city. A crowd-sourced on- and offline exhibition (Amsterdam, the Netherlands) 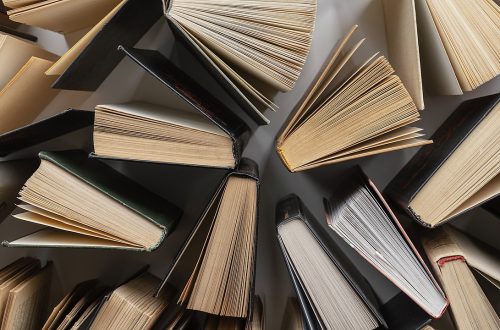